What to do on Hvar island now that Covid-19 has backed off a little?

When you start exploring the island of Hvar, usually you’ll find many articles about Hvar, Stari Grad, or Jelsa. There’s no surprise in that, those are beautiful towns that can offer all you need and more. But now, when we should have some distance, towns are not that appealing.

That doesn’t mean you should avoid going there, but it means you should explore some more and see what Hvar has to offer.

The eastern part of the island is the best place to go if you seek small villages a little bit further away from towns. When you leave Jelsa, on your right you’ll see an abandoned village called Prapratna. Unfortunately, you can’t stay there, but there is a bay called Prapratna where you can stop and have a swim. 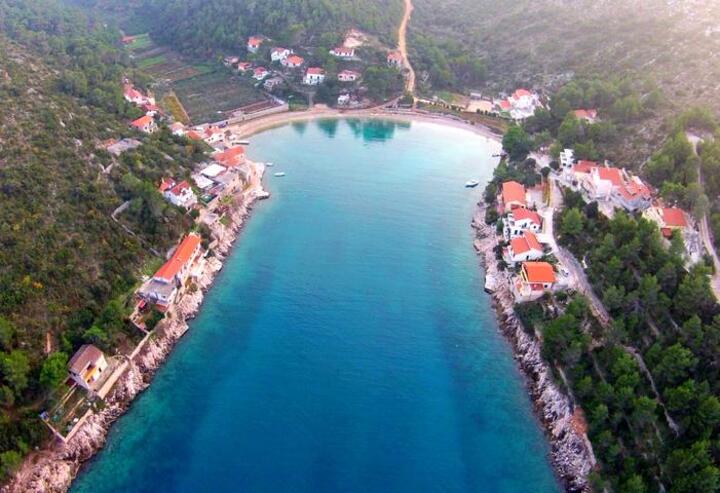 There are less than 100 people living in this sleepy village, but that’s only a plus. From Poljica you can visit two lovely bays that are connected with a road - Mala Stiniva and Zečija. You can enjoy the pristine sea and untouched nature without disturbance, so you’ll feel like you have your own bay. 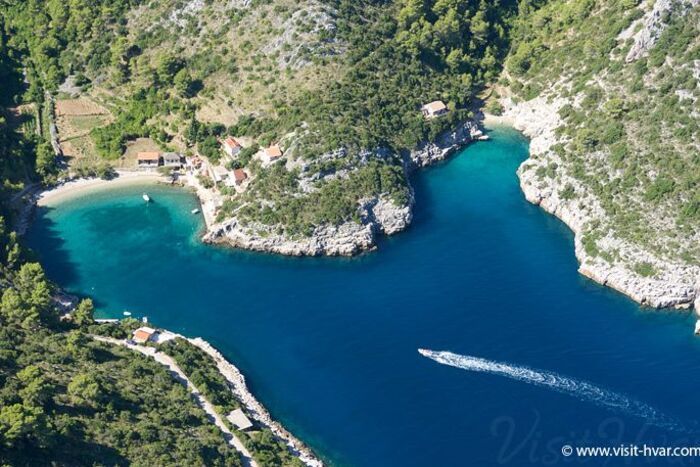 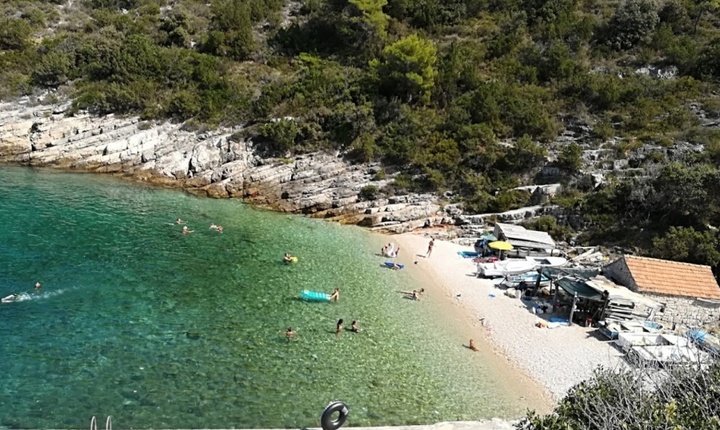 5 kilometers from Poljica there’s another lovely village just waiting for you to explore it. Zastražišće is quite a long village that has a bakery at the entrance in the village and a small store in the middle of it.

This place is famous for its olive oil and lavender fields so we strongly suggest you stop here and explore. Speaking of olives, Zastražišće has 2500 years old olive tree, owned by Tihomir Beroš.

This unique village is blessed with some of the most beautiful bays on the island - Vela Stiniva, Dubac, and Pokrivenik. In all three bays, you’ll find a place to eat and drink so don’t worry. 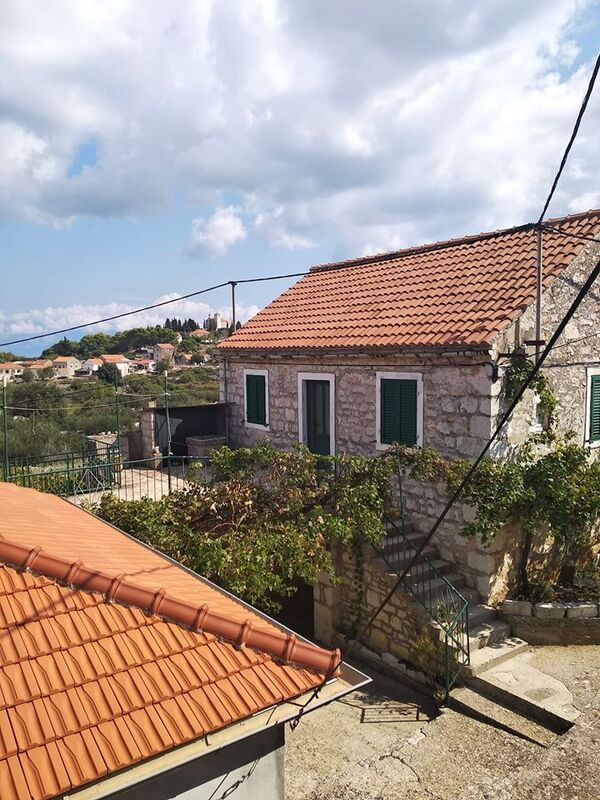 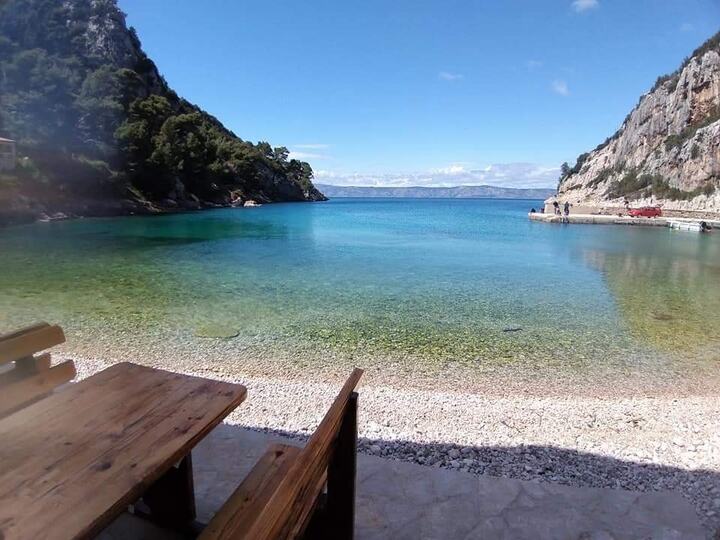 Gdinj is the last place that is under the township of Jelsa. This picturesque village has many bays on both northern and southern parts of the island (Zarača, Pokrivenik).

In Gdinj you can buy basic supplies in a small store, and grab a domestic meal in Open tavern (konoba). 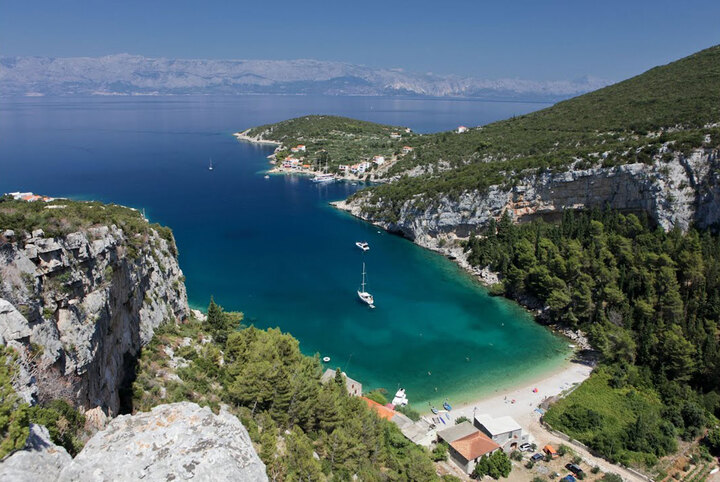 Bogomolje is the last village on the eastern part of the island. Just like other villages, it’s filled with old houses and it’s rich with history.

Village of Bogomolje is not an exception when it comes to beautiful bays: Smrska, Tvrdni Dolac, and Rapak are just some of them.

The next place you can visit is Sućuraj, the eastern town on the island. From there you can go to the mainland or enjoy in magnificent view of Biokovo mountain and Pelješac peninsula. 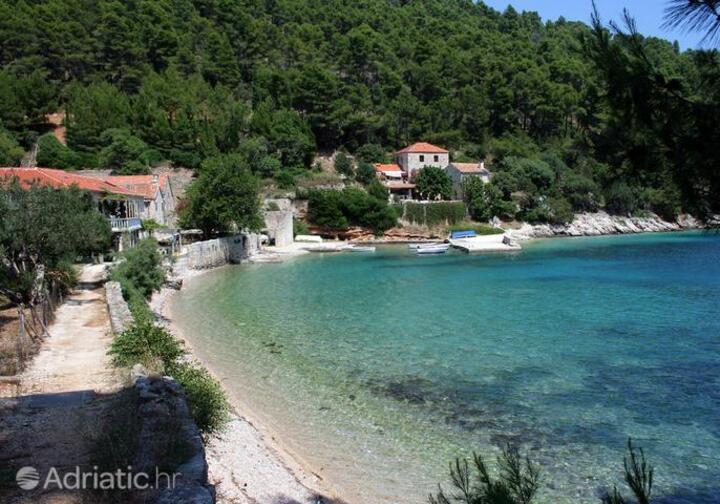 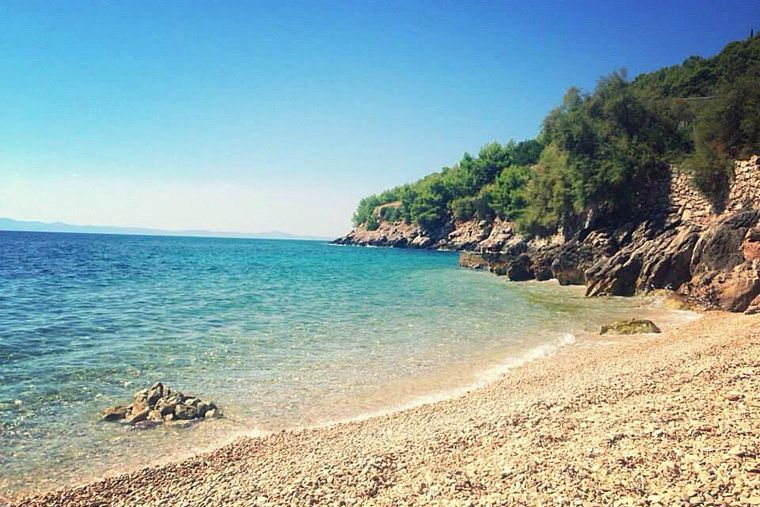