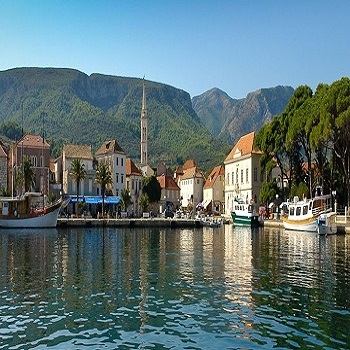 In the middle of the island lies Jelsa, welcoming, clean, friendly and tend to guests and visitors. It is determined by the two highest island peak - to the west of St. Nicholas, on the East Hum. In the south it is surrounded by hills top, Samotorac Gozd, while the northern side of the northern winds protects hill Burkovo.
The beginnings of tourism on the island date back to the distant past, in ancient times and the Middle Ages, as evidenced by villa rustica the remains of over Hvar fields as economic and country houses. During the Middle Ages the island was visited by many adventurers, naturalists, ethnologists and archaeologists who study plants, minerals and ancient monuments. Organized tourism began in 1868th year establishment Hygienic Society of Hvar headed by Bishop George Dubokovića.

Jadran Hotel is the oldest hotel in Jelsa 1911. By the rapid development of tourism and the construction of hotels, guest houses, apartments, restaurants, bars, discotheques and other tourist facilities comes at the end of the 60s of the twentieth century, when 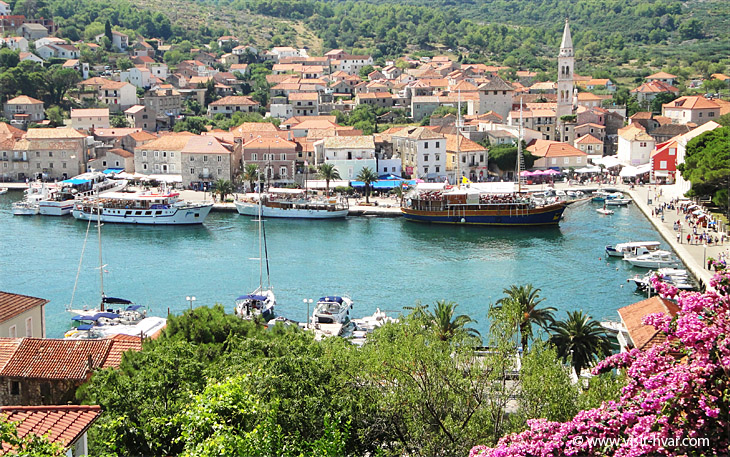 tourism became a major industry on the island.The most pleasant walk along the coastline, pine forests, shady groves, manicured paths and picturesque villages scattered across the hills and valleys full of Mediterranean plants and herbs in their well-preserved rural streets and squares.

Jelsa, Hvar island has numerous cultural and historical monuments are found in churches, parks, fields, caves, on the streets and elsewhere. District Municipality of Jelsa, and the whole island, has a well-indented coastline, with numerous bays and headlands where guests can find satisfaction and peace.The coves and headlands are ideal for swimming and sunbathing - sand, gravel or stone pebbles and large surrounded by thick pine forest that provides guests with a light breeze and refreshing shade needed for extreme heat.More 1991st Island of Hvar signed the Declaration of the Central Islands - ecologically clean zone, which is based on the fact that the area of ​​Jelsa like a sunny garden which supplies intoxicating unpolluted sea, while above the crystal blue skies.