Vrboska - Little Venice on the island of Hvar 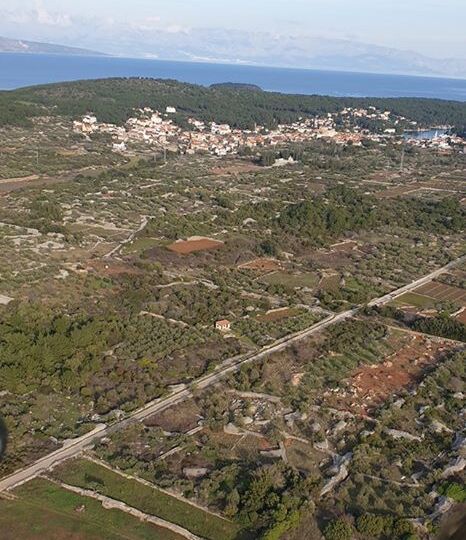 You see, the distance from Stari Grad (and Oxa Dreamland) is around 6 km, so we can take you there, there’s no problem.

You know this already, but repetition is the mother of knowledge - your dreams are just an email away.

The reason we call Vrboska Small Venice is that Vrboska rests on the bottom of  a deep and narrow bay, so people built small bridges to get more easily to the other side. You can’t ride on gondolas, but you can enjoy a  magnificent view of old stone houses and narrow streets of Vrboska.

Vrboska was established in the 15th centuryas a port of the nearby village Vrbanj (Vallis Varbagni) when people from Vrbanj wanted to expand their economy. Also, that’s how Vrboska got its name. 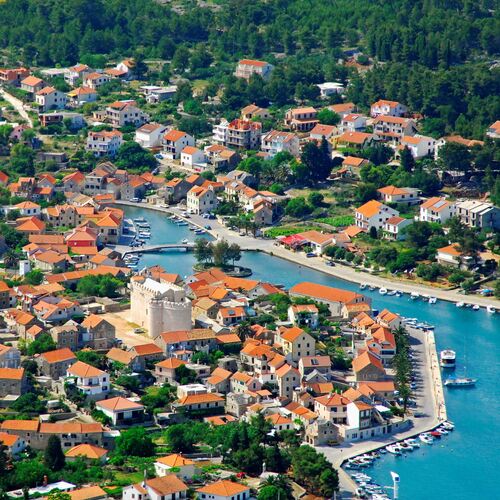 Some people believe that Vrboska got its name from the Latin word for wood bay - verboscam. Both origins make sense, but historians lean towards the first explanation.

Since Vrboska is situated in a bay, it consists of two parts: Pjaca (eastern part) and Podva (western part). You’ll see typical Mediterranean architecture on old stone houses on both sides of the bay mixed with the houses from Renaissance, Gothic and Baroque.

Together they form magnificent mixture of different styles. On one side of the bay you’ll see old churches, and on the other you’ll see new and elite villas. That kind of unity between the old and the new ways give Vrboska a unique charm. 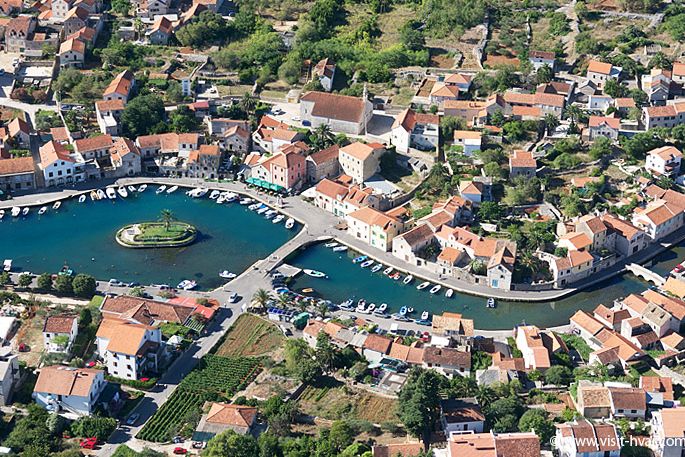 The church of Saint Peter

The church of Saint Peter is the oldest monument in Vrboska and the first time it was mentioned was in the 14th century (1331) in the Hvar legal statute. This church was one of the borders between the territories of Pitve and Vrbanj before Vrboska existed at all.

The church (including the park) is now situated near ACI marine on the eastern part of the southern coast of Vrboska. 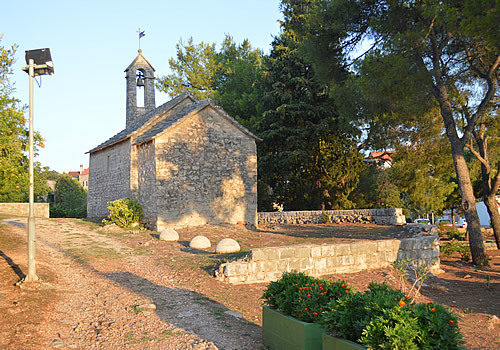 The church of Saint Lawrence

This church was burnt twice, both times in the 16th century. Luckily, the interior of the church, including the church’s collection of art and frescos remained intact. 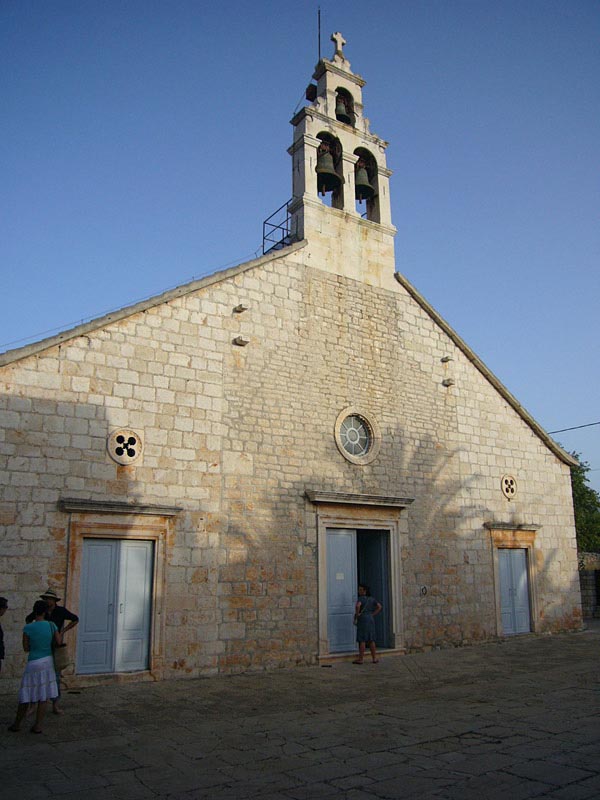 This church has 5 altars, and the main one is decorated with illustrations that focus on the life of St. Lawrence, and on its sides, there are paintings of John the Baptist and St. Nicholas.

Old stories tell us that the artist behind these illustrations was Tizian Veceli, but historians believe that this masterpiece dates from the 15th century and is made by Pavlo Cagliari Veronese.

Among many paintings and illustrations, there is also a beautiful Baroque cross of Tizian Aspetti made by Benvenuto Cellini. 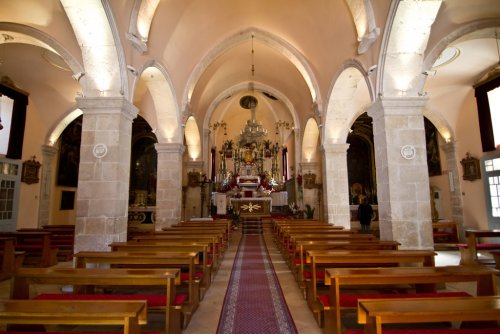 The fortress church of St. Mary of Mercy

One of the most recognizable monuments of the island of Hvar is the fortress church of St. Mary of Mercy. This unique church was built in 1571 (after the Turkish attacks) on the remains of an even older church from 1465.

This church had one other role, except spiritual. The defense was on the mind of the builder so the church has the shape of a fort with an observation post. From the top, you can enjoy a panoramic view of the surrounding villages and fields. 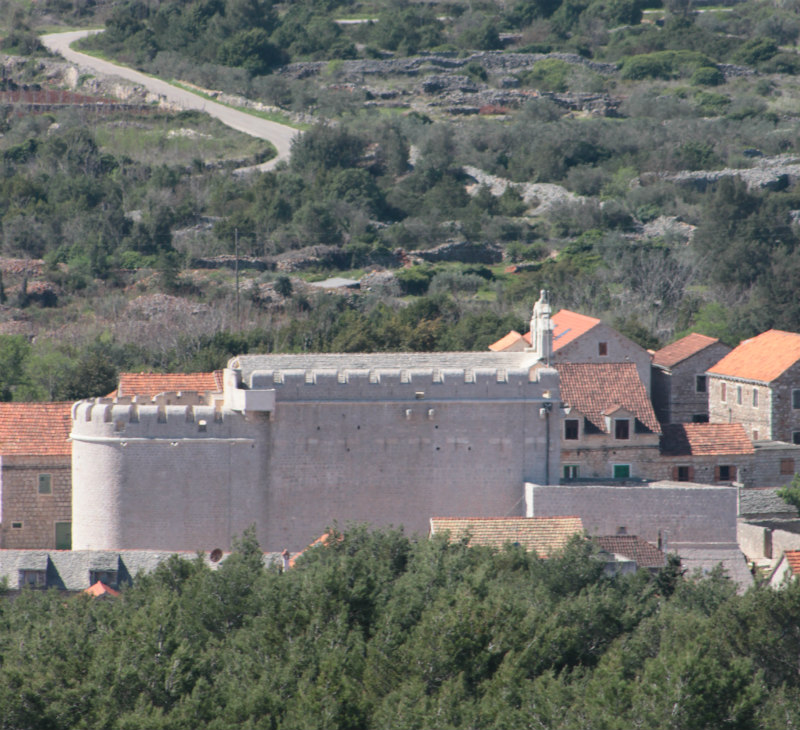 In the church of St. Mary of Mercy, there’s a collection of valuable works of Stefan Celesti, Antonio Sciuri, Marko Rašica, and Celestin Medović.

During the summer the church is open to visitors for a few hours a day (from 10 a.m. to noon, and from 6 p.m. to 7 p.m.) so do not miss a chance to visit this unique building.

After enjoying the historical places of Vrboska, it is time to explore the seaside and all the places you can go to soak up the sea and the sun.

Maslenica is a natural beach, and not a big one. You can take a car to the beach, or you can take a walk (if you like to walk in the shades of old holm oaks along the crystal clear sea) from Vrboska.

The beach is surrounded by boulders and in the middle, there is a pebble beach. It is great for families with children because of its shallow waters and sandy bottom. 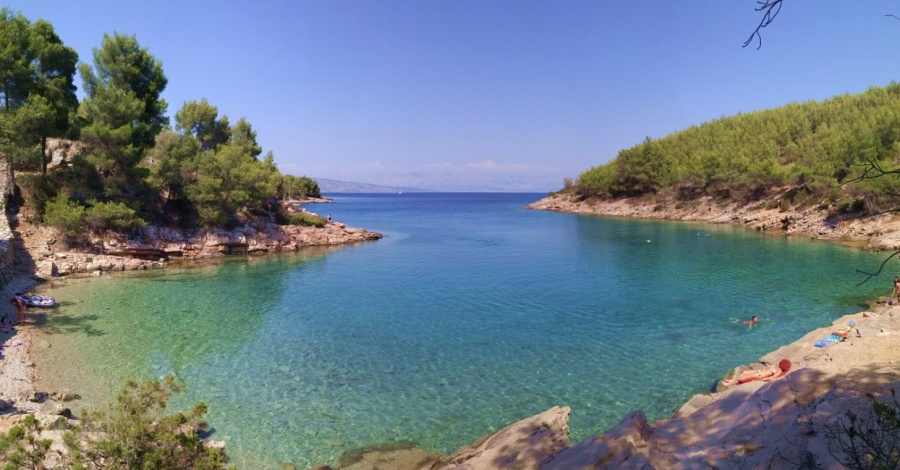 Soline is a peninsula next to Vrboska that is filled with numerous pebble beaches on the southern part and flat stones (ideal for sunbathing!) on its northern part.

On Soline beach you’ll find an aquapark that is at your children’s (and yours, of course) disposal.

After the long hours of swimming, sunbathing and playing in aquapark, you can rest and grab something to eat and drink at the restaurant that is right there. 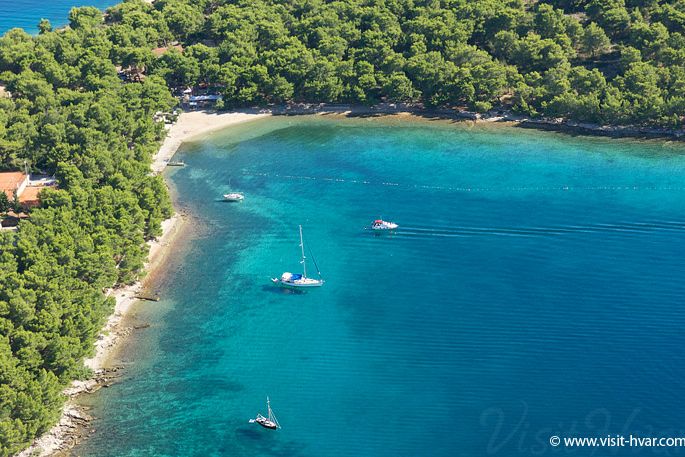 Island Zečevo is the best place to enjoy in truly intact nature because since 1972 it has the status of protected landscape.

Also, if you want to really enjoy nature and naturism, you’ll be glad to know that Zečevo has FKK status so you can be free without limitations.

The length of the Zečevo’s coast is 1539 m so you can be sure that you’ll experience almost every meter of its coast. It’s only 10 minutes with a boat from Vrboska or Jelsa.

You can book Leo to drive you there from Stari Grad, Vrboska or whatever place you want him to. 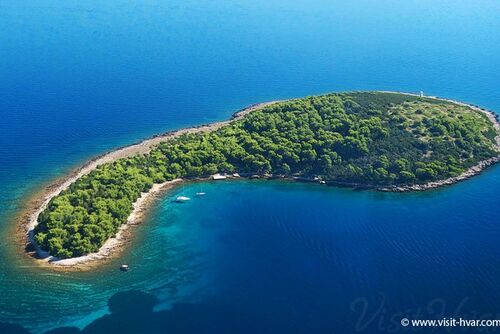 The origin of the island’s name lays in the rabbit’s population here on Zečevo (in Croatian, zec means rabbit, and zečevo means rabbit’s) so you may be lucky enough to see one of them.

Vrboska is less than 4 km from Oxa Dreamland, and just like many magical places here on the island, they are at your arm’s reach.